San Francisco is one of those cities that need no introduction; like Hollywood and New York, this city already enjoys international renown for everything from sightseeing to shopping to entertainment. Popular San Francisco attractions include fine museums, theaters and destination neighborhoods like Chinatown and Union Square, and Fisherman's Wharf.

One sure way to see the sights is to book a double-decker bus tour of the city, or cruise out to Alcatraz or over to see charming Sausalito and the giant redwoods of Muir Woods. Other favorite day trips can include a drive up to award-winning wineries in Napa and Sonoma.

Spend the day visiting historical landmarks like the world famous Fisherman's Wharf, Alcatraz Island and Golden Gate Bridge; eating at beautiful restaurants like The Cliff House and Alioto's; shopping at world-famous and boutique stores or possibly taking in a San Francisco Giants or 49ers game.

With its rich culture and fabled nightlife, it’s no wonder so many visitors have left their hearts in San Francisco. They’ve left their mark here too, so that while it may not be the nation’s biggest city, it’s certainly one of its most cosmopolitan. On top of that, the City by the Bay is the Golden Gate to one of the most exciting, diverse and innovative regions anywhere. 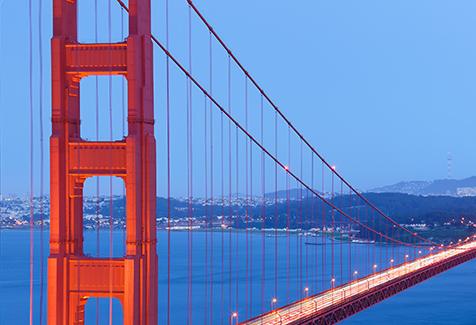